After hours? Submit a report here.

To report a sick or injured animal in Varanasi, contact us now. 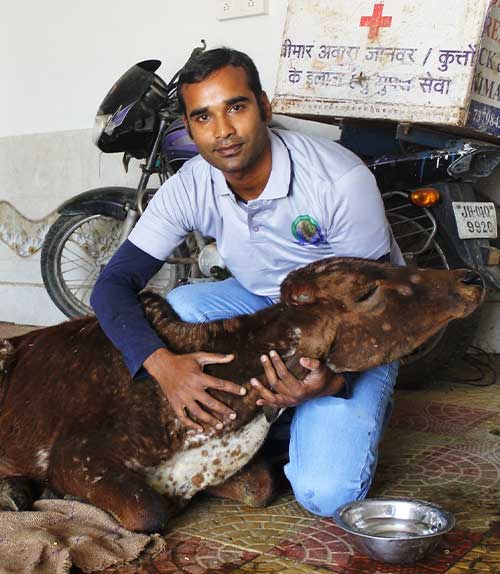 Our mission is to rescue and treat Varanasi’s injured and sick street animals, reduce street dog overpopulation and rabies through Animal Birth Control & vaccination, and inspire community action to bring lasting change for the animals of Varanasi.

Varanasi or Banaras (also known as Kashi and the City of LIght) is one of the oldest living cities in the world. Mark Twain, who was inspired by the legend and sanctity of Banaras, once wrote:

"Banaras is older than history, older than tradition, older even than legend and looks twice as old as all of them put together" 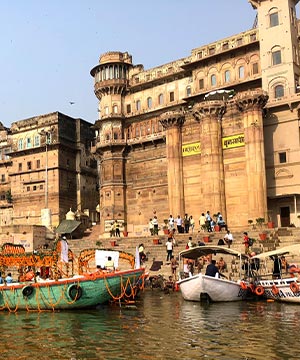 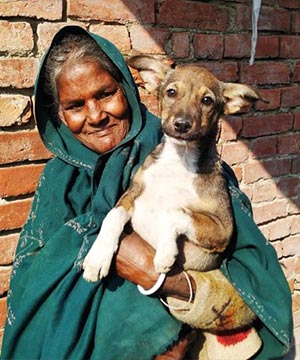 In 2010, Eileen Weintraub, Founding Director of Help Animals India, a well respected USA-based NGO, visited Varanasi. She had received requests from India and around the world to help Varanasi’s suffering street animals, and she wanted to see the situation first-hand. During her visit, she saw many street animals suffering. Injured dogs and donkeys. Dead cows on the side of the road. Virtually nowhere to turn for help. Something had to be done!

Eileen teamed up with Praveen Ohal, Director of HOPE and Animal Trust, a successful animal welfare organization headquartered in Ranchi, to establish Varanasi for Animals that very same year! Together, they rescued a sweet pup during Eileen’s visit. Syam was eventually adopted by Sundalip Sengupta, who later became a Field Manager with Varanasi for Animals. 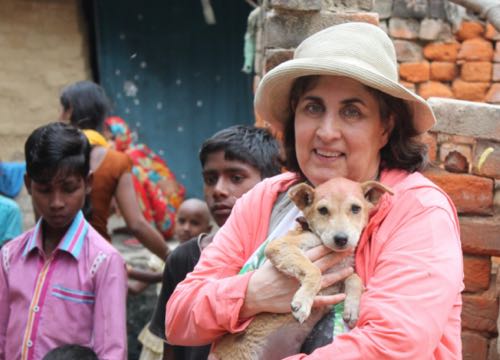 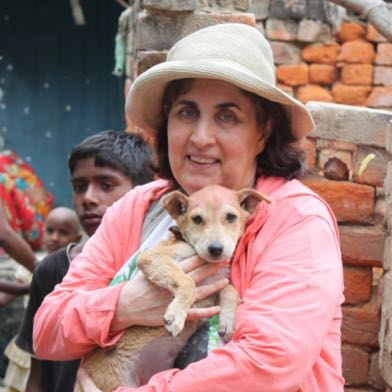 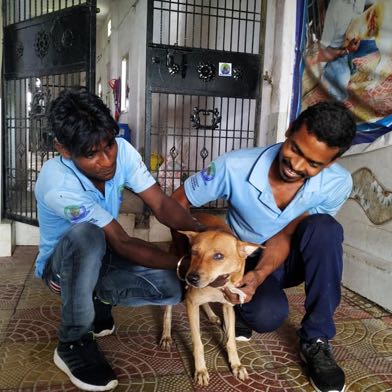 We started out with very few resources. Varanasi Railways generously provided us with a single room in an abandoned building, which we used as a small clinic space.

With community support, we continued working at various locations for another two years, then moved to the popular Assi Ghat. Rescue services continued, and we were able to offer monthly Animal Birth Control camps, where we spay and neuter dogs and provide rabies vaccinations.

Seeing the great need that we were filling, Help Animals India committed to help Varanasi for Animals build a dedicated clinic space.  With generous donations from the local and international community of animal lovers, we were able to raise the funds for construction. And, with the help of community leaders, we were able to lease land and begin construction of a permanent clinic for Varanasi for Animals

In 2015, we moved into our new clinic, which allowed us to increase our Animal Birth Control service to 200! We continued to rescue dogs, monkeys, cows, donkeys, and other street animals. We have two animal ambulances servicing street animal emergencies in Varanasi.

Read more about Varanasi for Animals and the life-saving work we do for thousands of street animals every year.

In 10 years, we have grown from a single donated room that served as a small recovery facility, using motorbikes fitted with cages to rescue animals, into one of Varanasi’s leading animal welfare providers and #1 Animal Birth Control provider. 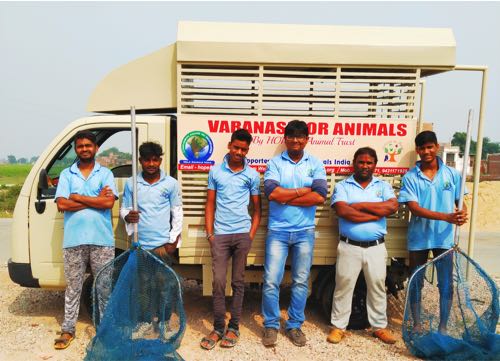 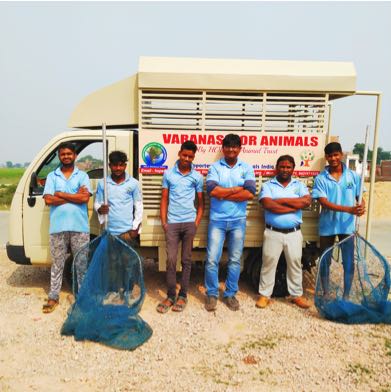 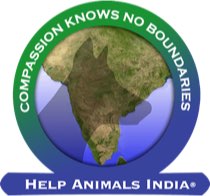 Help Animals India is a USA 501(c)3 charitable organization dedicated to improving the lives and welfare of animals in India. We accomplish our mission by raising money for dedicated Indian animal protection groups and advising them on how to improve their capacity to help the animals. We fund small to mid-sized charities that accomplish great things for the animals despite few resources, just as we strive to do.

Help Animals India has earned the Guidestar Exchange Seal signifying a commitment to transparency and has also achieved the highest rating on Great Nonprofits, where they were named a Top-Rated Charity 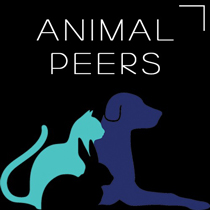 HOPE and Animal is a registered nonprofit (Registration No. 9549/IV799) in Ranchi, India. Founded in 2000, we work to protect the environment and animals, control the increasing population of street dogs and end their suffering, and help the local communities by reducing poverty through farm animal welfare programs. Our reach includes a Rescue and Rehabilitation Shelter for Animals in Khunti and two Animal Birth Control Camps funded by the Ranchi Municipal Corporation. HOPE & Animal is the only organization of its kind in the entire Jharkhand state that is committed towards animal welfare with special emphasis on street dogs. 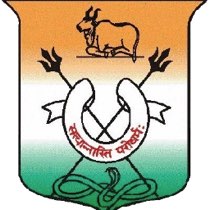 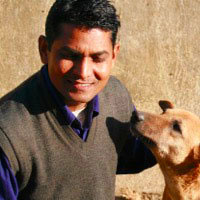 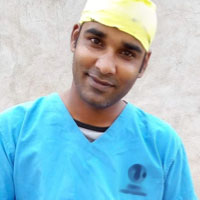 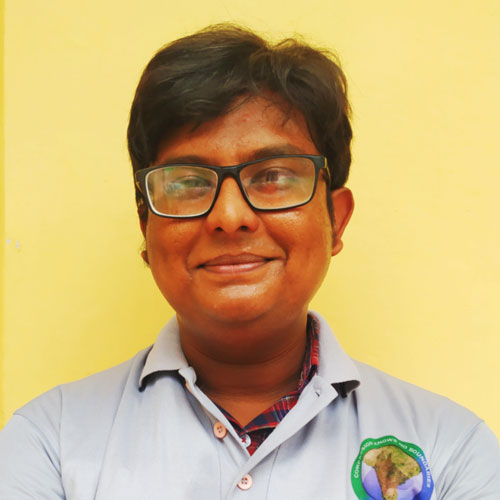 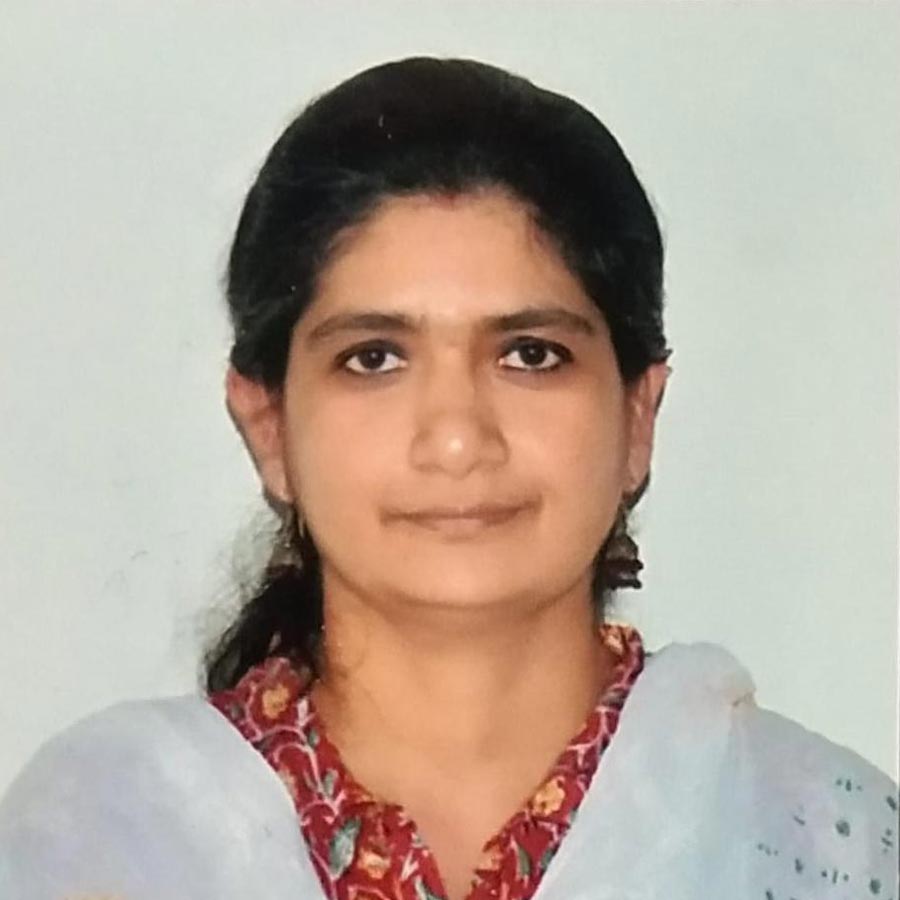 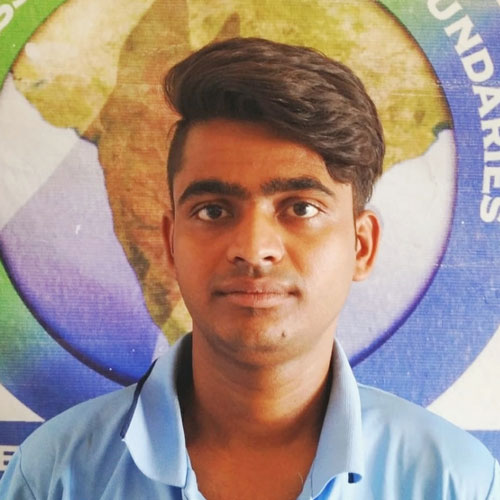 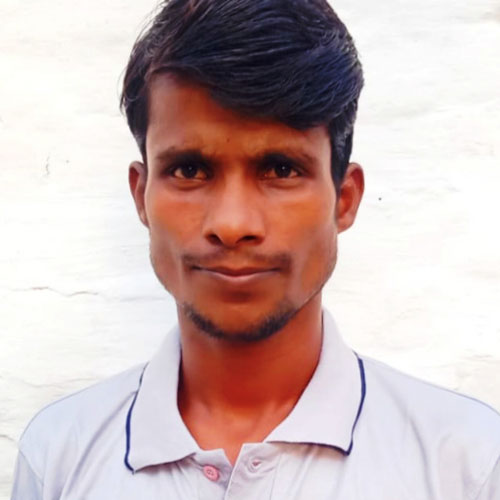 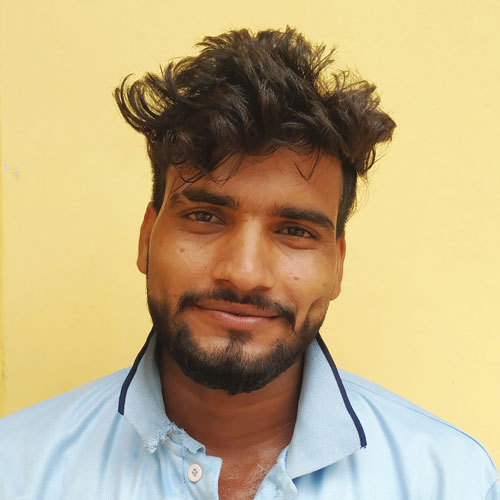 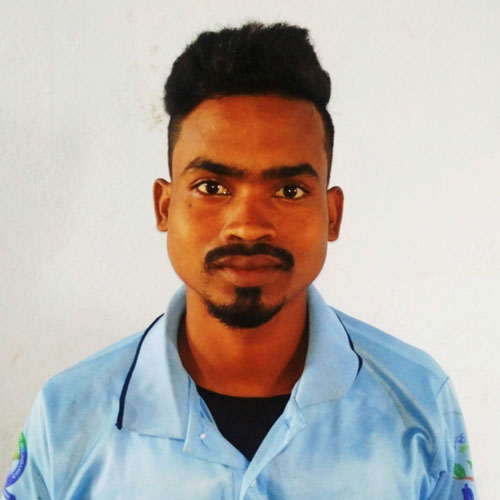 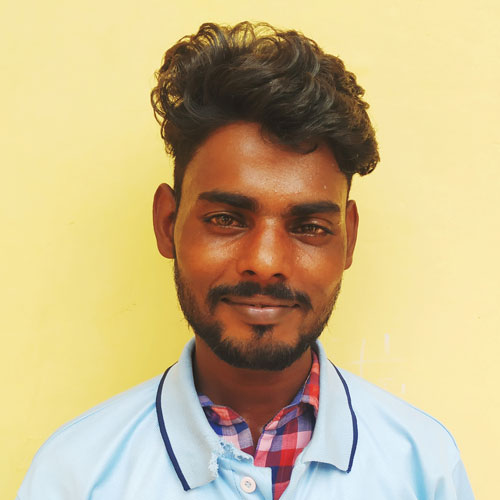 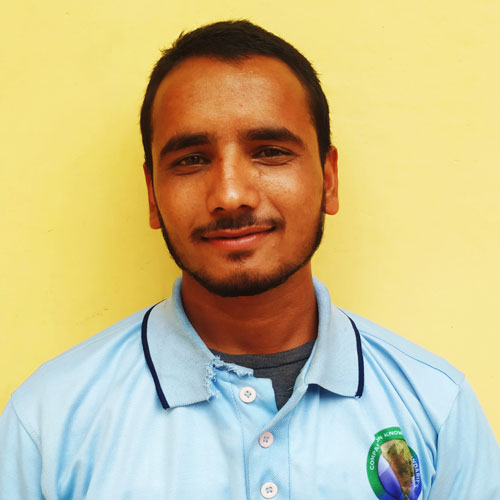 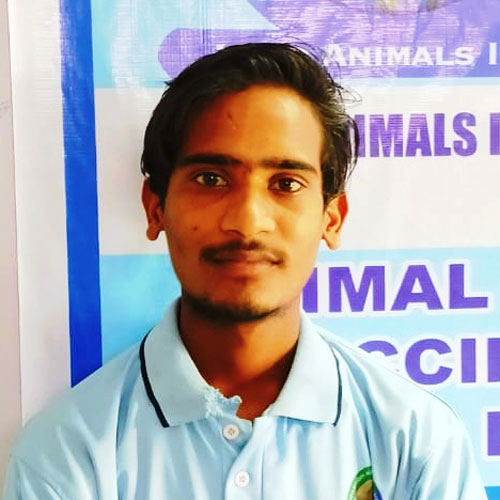 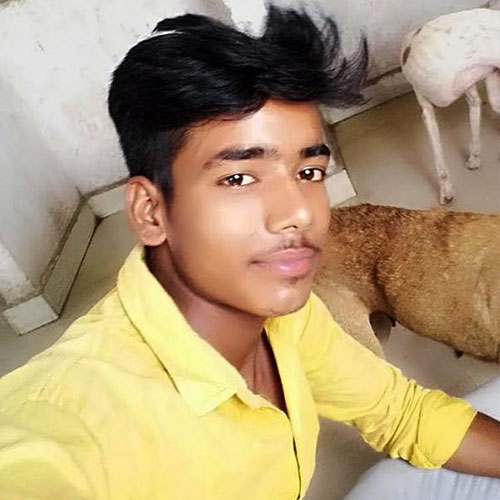 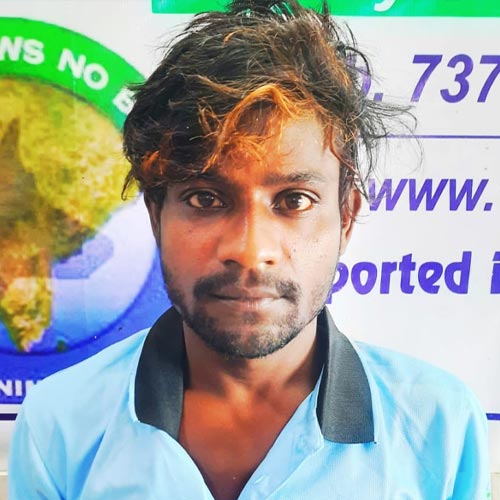 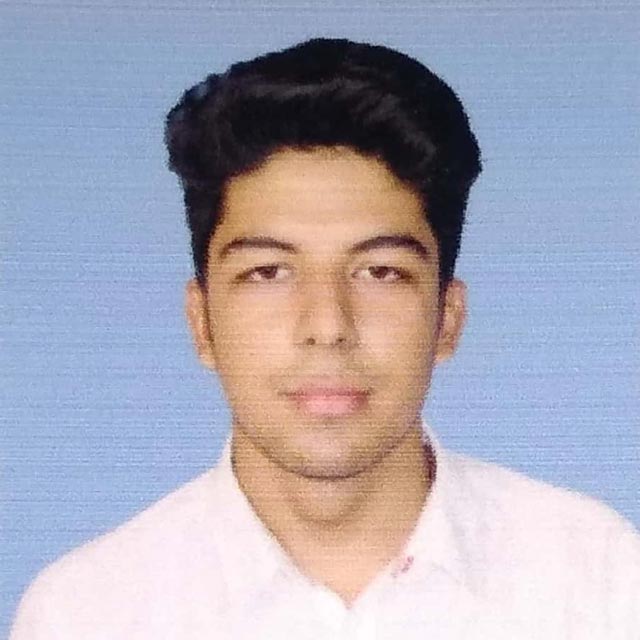 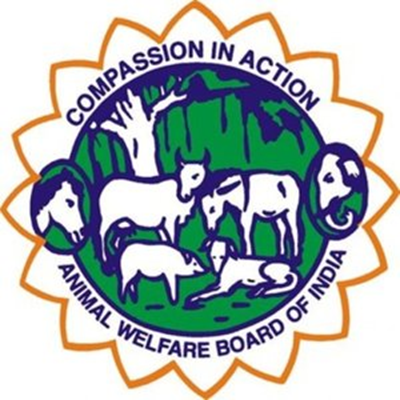 We are a proud member of The Animal Welfare Board of India.

The Animal Welfare Board of India is a statutory advisory body advising the Government of India's Ministry of Fisheries, Animal Husbandry and Dairying.

Is there a sick or injured animal or signs of animal cruelty in Varanasi? Contact us now!